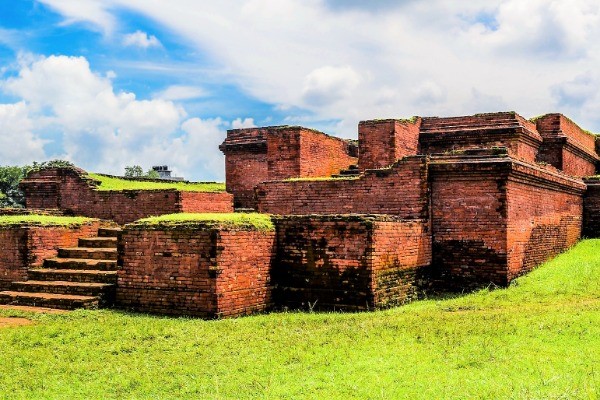 Bangladesh is a beautiful South Asian country known for its vibrant culture and history. The country became independent in the year 1971 when it achieved independence from Pakistan in the Bangladesh Liberation War. Dhaka is the capital city of the nation.

History of The Region

Bangladesh has had a rich historic past. It had been an integral part of the Indian ruling empires. In the 13th-century, the region saw a dominance of Islam- from then on, it was controlled by the Bengal Sultanate.

The region later came under the control of the Mughal empire and in the 1700s, when the Mughal empire disintegrated, Bangladesh came under the rule of the Nawabs of Bengal. It was later occupied by the East India Company. The Bengal Renaissance movement rose from the late 19th to the early 20th centuries. At the time of the partition of India in 1947, the region became known as 'East Pakistan' which was a part of the newly formed state of Pakistan. It was, however, separated from West Pakistan in the year 1971.

The Ahsan Manzil is one of the most famous landmarks of the capital city of Dhaka and served as the official residential palace of the Nawabs of Dhaka. It is now a National Museum.

The Bagha Mosque is situated in Bagha and is a place of great historic value. Constructed in 1523, the structure is a must visit for its beautiful architectural style.

The Lalbagh Fort is a prominent tourist destination in Dhaka and is an incomplete Mughal Fort constructed in the 17th century. The fort was commissioned by Muhammad Azam, the third son of the Mughal ruler Aurangzeb.

The Somapura Mahavihara is considered one of the country’s most significant archaeological sites. It is regarded as one of the best-known Buddhist viharas of the Indian subcontinent. Situated in Paharpur, the monastery is a UNESCO World Heritage Site, which is dated to the 8th-century. The structure exhibits Gupta and Pala architectural styles and is an important tourist destination in the country.

Kotila Mura is situated in Comilla and is a sacred Buddhist place. It is one amongst the 5 Mainamati ruins and is situated on a flat hillock. The place houses three Buddhist stupas, which are believed to be the 3 jewels of Buddhism- the Dharma, the Sangha, and the Buddha.

The Shalban Vihar in Comilla is another important Buddhist site in the Mainamati center, which was once an important Buddhist center between the 7th and 12th centuries. The building is flame-like in colour and once served as the residence of as many as 115 monks. Excavations in the region have yielded copper and terracotta artworks. The excavation finds are displayed in the Mainamati Museum.

The Liberation War Museum is located in Dhaka and commemorates the liberation of Bangladesh from Pakistan. The two-storeyed structure has 6 galleries housing more than 10,000 artefacts, which include rare photographs, documents, and materials used by the martyrs of the Liberation War.

The Mahasthangarh is located in Bogra region and is an important archaeological structure. This is considered a fine specimen of an ancient urban settlement and is located on the bank of the river Karatoya. The Mahasthangarh is an ancient fortified city with several hillocks and ruins spread across the region. A limestone piece with a Prakrit inscription in the Brahmi script has also been found at the place.

Bangladesh is a place of great historic and archaeological significance and has been attracting tourists from the world over, thanks to its rich historic and cultural heritage.

Use the following form to leave your comment on this article.